During its time of occupation, the Antonine Wall was a highly militarised zone, with around 6,000 – 7,000 troops stationed along the Wall. 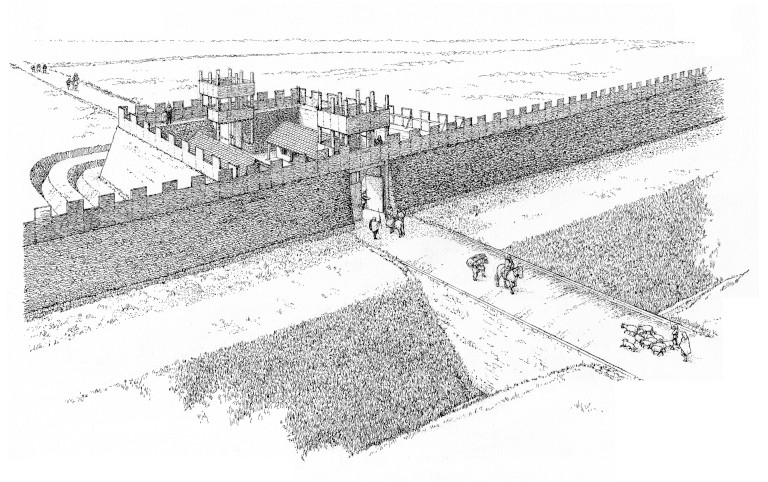 This was about the same number who defended Hadrian’s Wall, twice the length of the Antonine Wall. The Wall was built mostly by men from three different military ‘legions’, career soldiers who had committed to the army for a period of twenty-five years.

Once the Wall was completed it was garrisoned mainly by auxiliary troops, with small detachments from the legions. Auxiliaries were men drawn into the army from across the Roman empire, sometimes voluntarily, sometimes by force. They were not Roman citizens.

We know of at least eight different auxiliary units who served on the Wall from countries as far off as Syria. Most of these men were foot soldiers, with only a small number of cavalry located at Castlehill and Mumrills. Most of our information on particular units comes from the carvings on distance slabs and altars which specifically mention the names of legions and auxiliary cohorts.