The military way ran parallel to the Wall on its south side, linking the forts and allowing troops and supplies to move along its length easily.

The military way linked up with the network of other Roman roads leading north and south across northern Britannia.

The way was 5-8 m wide, and was built up with a camber in the centre to allow for better drainage. It was constructed in layers, with larger rocks as its foundation and layers of smaller stones and gravel laid on top. In well-used areas the top layer could be cobbled, but in many cases it was simply compacted gravel and sand. Trees and bushes were cleared from either side to reduce the risk of surprise attack. 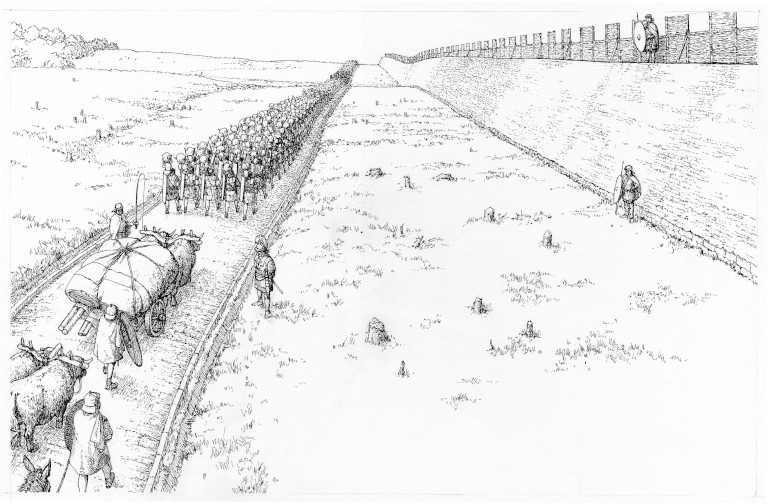 Soldiers travelled by foot; a standard days’ march was around 23 km (14 miles). Heavy items were carried by mules or oxen pulling wheeled carts; it is unlikely that the soldiers would have carried much other than personal items themselves. 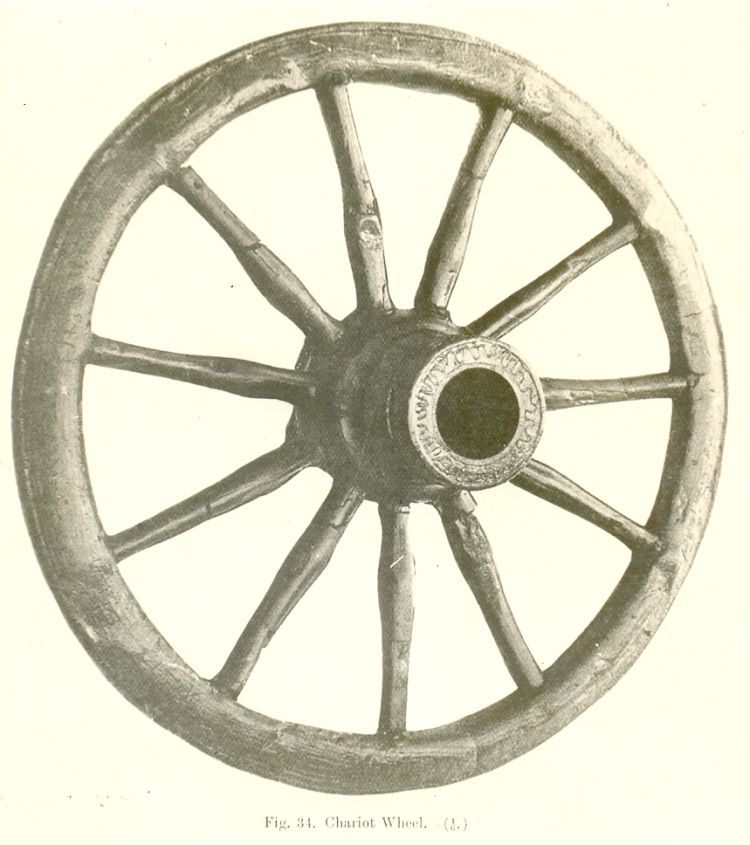 Some vital materials were imported from the continent, along with much-missed luxury items: figs, coriander, olive oil and wine. The remains of grain found at Bearsden was probably imported and then processed locally. These items would probably have been shipped to ports such as Cramond on the Forth and then transported to the forts using the military way.