Peel Park in Kirkintilloch marks the site of a Roman fort on the Antonine Wall.

Nothing of the fort is clearly visible on the ground today, but the site is well worth a visit because of the nearby Auld Kirk Museum. 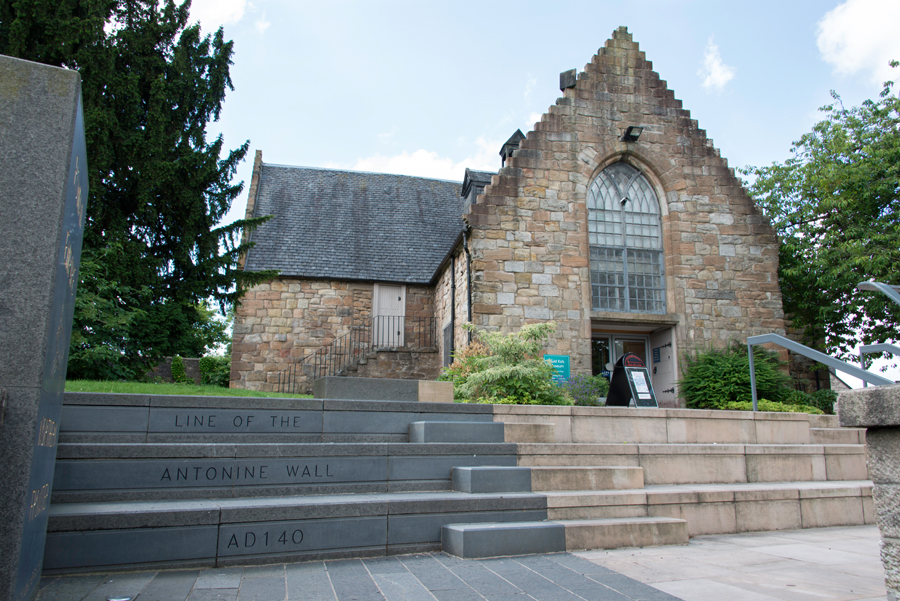 Within Peel Park are the visible remains of a later medieval motte, known as the Peel and the stone Kirkintilloch Castle which were constructed over the remains of the Antonine Wall and part of the fort. During Scotland’s Wars of Independence, the former Roman frontier here was refortified and functioned as a militarised borderland. It swapped hands between Scottish and English forces before the castle was finally destroyed by Robert the Bruce after his victory at Bannockburn in 1314.

Peel Park lies in the centre of the town, with parking available to the south.