Ideas for the Classroom

The following suggestions for classroom activities offer ideas for both pre and post visit work. 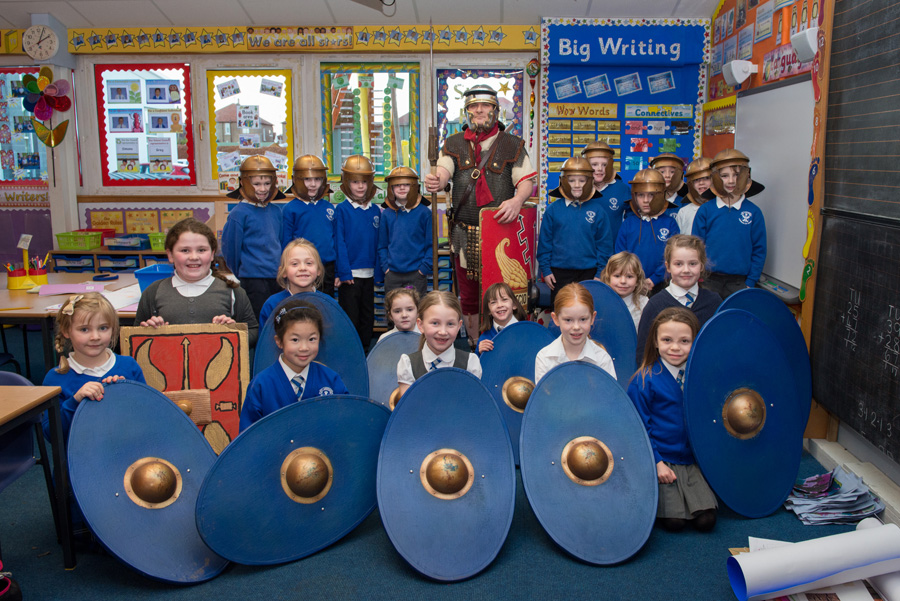 Also look at the ‘Fun Stuff to Download’ pages for the family and primary sections in the Learning Centre for further ideas and resources.

Before a site visit, after introducing pupils to the idea of the Romans, construct your own version of the Wall together. For an outside version, try using slabs of turf from a garden centre, then populate it with Playmobil Roman Soldiers, or with cardboard auxiliaries (see downloadable resources) decorated by pupils. For an indoor version, pupils could collaborate to paint and cut out ‘turf slabs’ from paper to create a frieze of the Wall running round the room.

Life in the fort

Turn the home corner into a Roman fort. Replica Roman items including costume can be purchased from educational suppliers (e.g. http://www.tts-group.co.uk) or borrow a Roman loans box from your local museum (see museums’ page for more information and contact details). Children could talk about the differences between modern day items and Roman items.

Buy a selection of replica Roman items and create your own archaeological dig in the sandpit or, even better, outside. Encourage pupils to discuss items and draw conclusions about what they might be. Explain that sometimes even archaeologists can’t work out everything.

These songs could be sung on site or in the classroom.

1. To the tune of Here we go round the mulberry bush. Pupils sing the song and do the appropriate actions.

Here we are on the Antonine Wall…

On a Friday [or whatever day it is] morning.

This is the way we keep look out…

This is the way we march along…

This is the way we polish our swords….

This is the way we fix the wall….

2. To the tune of Old MacDonald had a farm. This song could be used to introduce the idea of keeping watch and looking out for things. Pupils could take it in turns to suggest things that they can see on the wall.

Oh the Romans built a wall,

And on that wall we saw some….(e.g.)birds