At the greatest extent of the Roman Empire, its frontiers stretched for more than 5,000 km and across three continents.

The Antonine Wall is just one small part of this extensive system of frontiers across the edges of the former Roman empire. 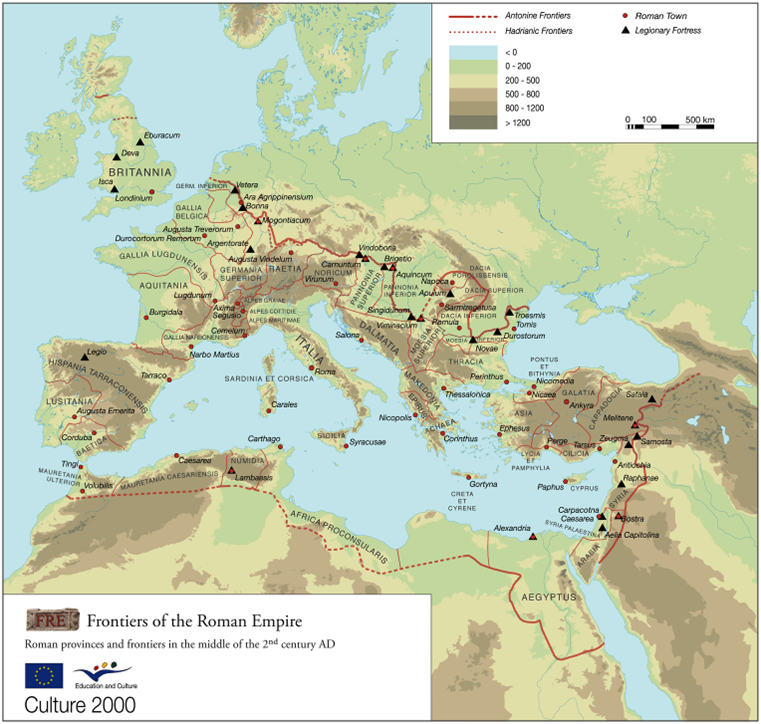 Sections of this vast system of frontiers can still be seen across Europe, in Austria, Belgium, Bulgaria, Croatia, Germany, Hungary, the Netherlands, Romania, Serbia, Slovakia, Slovenia, Switzerland, and the United Kingdom. In the middle east and north Africa, Roman frontier remains can be seen in Algeria, Egypt, Iraq, Israel, Jordan, Libya, Morocco, Syria, Tunisia, and Turkey.

Each of these military frontiers had the same job: to define the limits of the Roman empire, but they were not all alike. Different structures were adopted in different areas: in some places artificial boundaries such as walls were built while elsewhere the Romans made use of natural boundaries such as seas or rivers. In most places in the middle east and north Africa the frontiers consisted of forts and military installations connected by an extensive network of roads.